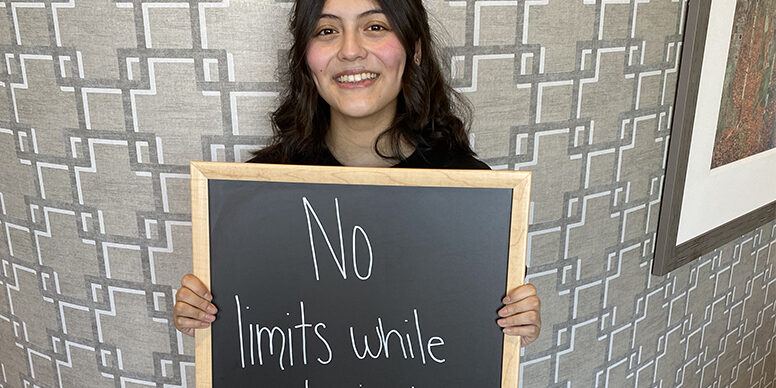 Listen to Cynthia talk about her PRK story.

“My name is Cynthia Martinez. I’m 19 years old and I had PRK surgery with Dr. Rudd here at Aurora Lasik.

Why did you decide to have Vision Correction?

I’d say my motivation was definitely just the thought of being able to wake up and once again see my surroundings and be able to not have to squint when I’m driving. And I know before when I was swimming competitively it was a really big problem for me because my contacts would go missing in the water and then I’d have to swim without being able to see and even working or my day-to-day life just being able to see where I am and everything around me better, was something that I really wanted and so that kinda motivated me to do it. I wasn’t really sure I was going to be able to do it just because I am young and was always told by my doctors that I wouldn’t be able to get it until my 20’s or so because that’s when it’s usually done and so when I came and they told me that I qualified to do it, ‘you’re good’. I was like, that’s really cool I’m definitely going to do it!

How was your experience with the Aurora LASIK team?

They were all super nice and then Dr. Rudd himself, like, right before the surgery he asked if I had any questions and I did and I asked him and he just made it feel that I was going to be ok and that there was nothing to worry about and then throughout the procedure itself as well, like, I was awake but he made it so I wasn’t nervous. He would talk to me and tell me what he was doing and encouraging and it was really great.

Yeah definitely saving me and my parents a lot of money on buying contacts every month or so and then having to buy a new pair of glasses if I sleep in them and break them.

What was your WOW moment after PRK?

I’d say probably the most, like, crazy moment for me was when I was driving down to Ruston over here in Tacoma and I was able to see the mountains, like, extremely clear and that was really crazy to me because I never really noticed, like, every detail in it and then also being able to see across the water, and like, all the towns… or not all the towns but like, all the island kind of places across the water. Every little detail like that was crazy to me and then also, I’m scared of seals so when I saw a seal in the water that freaked me out a little bit more than it would have before, like if I had my contacts in, because it would have just looked like a log or something so that was a little scary it was just crazy because I was able to see it so clearly.

Would you recommend vision correction with Aurora Lasik?

Yeah! I would definitely recommend it! It’s funny because I was actually having this conversation with my aunt who’s considering getting LASIK done and her prescription is a lot better than mine was and I was telling her about it and was like ‘yes it is a scary and nerve-wracking to get surgery as like any surgery would be but it is definitely worth it. Once again, being able to see is something that, I feel like, it is taken for granted and when you get to see and you get the surgery you are able to have vision that you haven’t had before in a while. It is crazy! It’s a moment and feeling that you….it’s just like kind of overwhelming but like, in a good way like, it’s really great! And to be able to see and all things you are going to be able to do in the future without the worry of contacts or glasses…it’s amazing!”